Dogs suddenly turn on one of their "Pack" 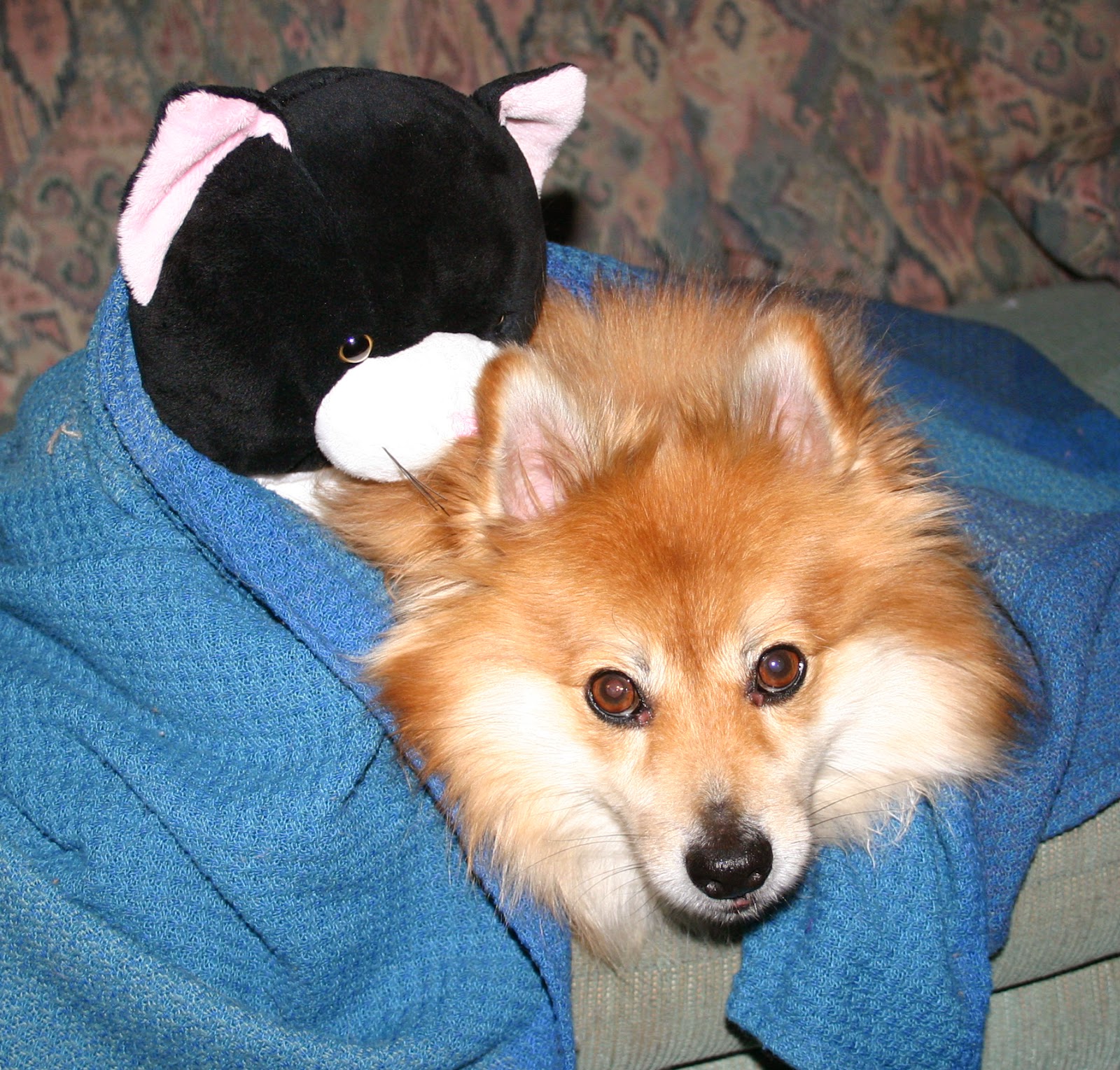 Dear Marie,
My three dogs, two Maltese (8 years and 6 years old) and a Jack Russell mix (3 years old), have been staying at my mom’s house with her two dogs (10 years and 5 years old) for the last 9 months. When my nephew travels, he drops off his two Pomeranians ( 4 years and 5 years old) at my mom’s. All of the dogs are spayed and all weigh between 8 and 12 pounds. They have all gotten along well until recently. One of the Poms was playing with the Jack Russell and suddenly the Jack Russell attacked her and punctured her skin. After the dogs were separated, my two Maltese dogs went after this same Pom in an aggressive manner. I was there when it happened and I immediately kenneled my dogs. There is nothing that I can determine that set the dogs off. Just recently, my Jack Russell went after one of my mom’s younger dog which again caused my two Maltese to attack. The dogs are all house-dogs with a pet door to the back yard. None of my dogs will attack the older of my mom’s dogs and they also do not attack my nephew’s second Pom. Do you have any ideas on why this is happening, how to prevent it, and how to break up the fight?

Dear Andrea, Dynamics within a family or a circle of friends are always in motion. This is true for every species. Think of a workplace where everyone seems to be getting along. It doesn’t take much to rattle the environment. If someone feels possessive of a certain project, he or she may make hasty decisions or comments based on the need to control, and that usually results in the hurt feelings of co-workers, which then leads to more trouble. Of course, no one keeps these things to themselves, and soon everyone at the office knows about the problem and people take sides. In about 0.5 seconds, things get ugly and people who previously got along great, all jump in the dog pile. Sadly, most humans can never work things out, and things stay sour. But the good news is that dogs are not people. When something like this happens, they forgive. They forget. And they move on. But first, you have to help them forget and you also need to teach them that only you, your mother, and your nephew are in charge. Your Jack Russell, though she wants to move up the corporate ladder, needs to know that her position is and will always be at the very bottom.

Now being stuck in last place in the dog world does not sit well. Dogs instinctively have the urge to eek out a higher position in the chain of command. Somehow, your mom’s senior dog has earned top dog position in your little dog pack. Since she is an elderly dog, I don’t see a problem in letting her keep that spot – so let’s put everyone else in declining order behind her.

Here’s how to accomplish this task. First, assemble your mom, your nephew and yourself for a group meeting. Let them know that the three of you need to participate in group training. Since your mom is the primary caregiver of the dogs at her home, I would suggest that she handle the two dogs that have been singled out in the attacks, as well as her old senior girl, during the training exercises.

You need to leash the three of your dogs. Your nephew needs to leash his Pomeranian which has not been attacked. Your mother needs to leash both of the “victim” dogs and her little old lady. Once everyone is leashed and ready, it’s time to go for a walk. Your mother should leave first, followed by your nephew, and lastly you. Remain in this formation as you walk. Your Jack Russell Mix needs to be in the very back of the walking party which means as you hold her leash, do it in a manner that makes her walk behind you. She’s not going to like this but no matter how much she complains, do not let her walk level with you and the other two dogs.

When you return, let the dogs off leash in the house in the same order you walked in. Your mother releases her dogs first, followed by your nephew, followed by you. Repeat these walks - and they should be good, long walks - each day for a two-week period. Your little pack will notice that the two victim dogs are always allowed to lead which sends the message to all involved that they are indeed leaders. Dogs are very simple-minded in this regard.

During this same period, you must also never let the dogs out to play at the same time. Put a barrier in the doggie door and let the dogs have free run time in the same mini packs that you've defined with your walks. Again, two weeks should be a sufficient amount of time to establish the new hierarchy, but in case there are any setbacks, it may take a little longer.

As a warning – never physically break up dogs involved in a fight. Have a hose ready to use and spray a strong stream of water directly in the face of a dog who initiates an attack. Then when they break apart, grab the dogs and put them in separate places. Hopefully though, you won’t have this happen if you follow through with consistent training.