Bridal Shower went to the Dogs! 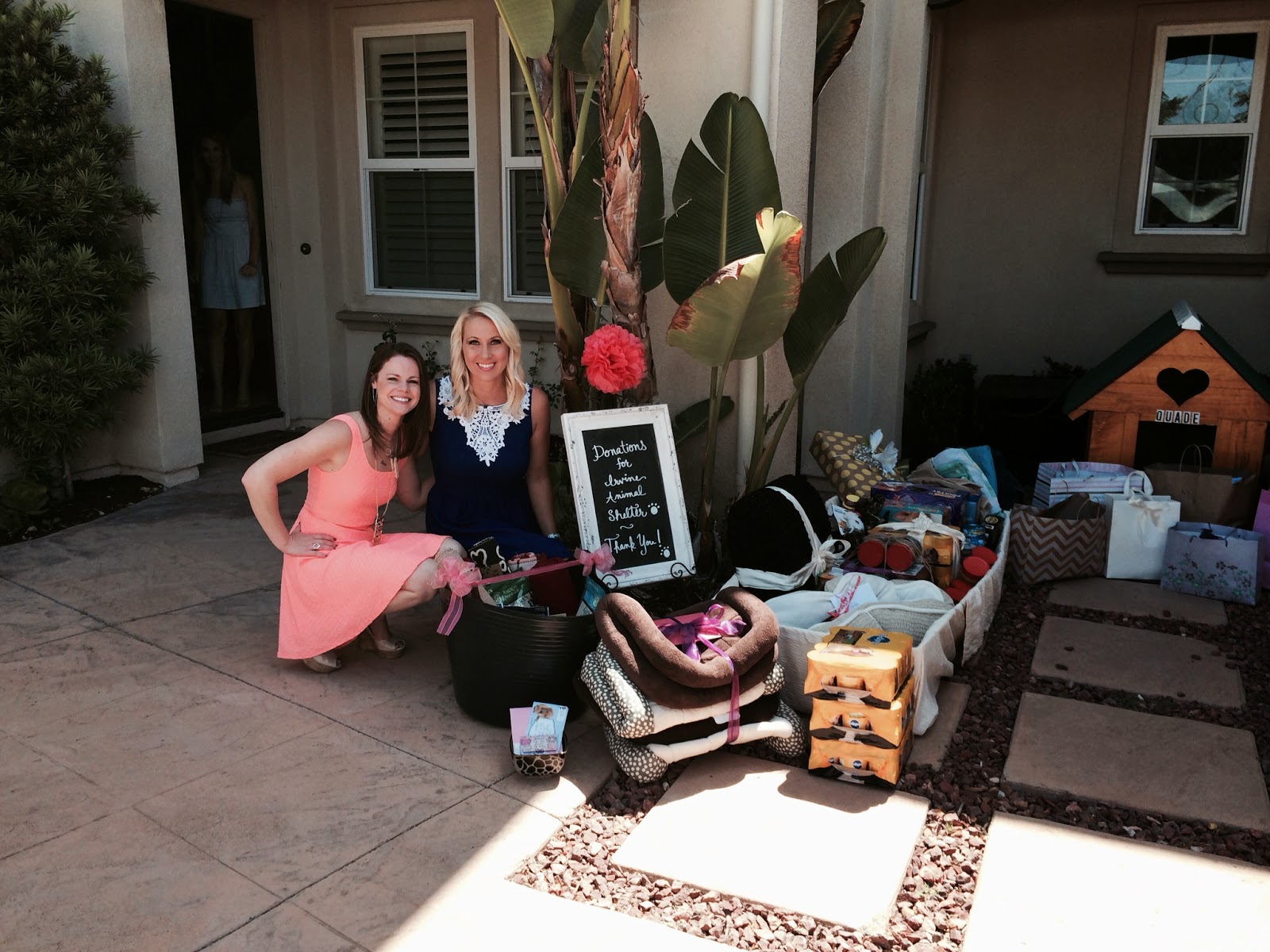 Bridal showers aren’t what they used to be.  With so many women already well-established in their own homes before tying the knot, they really don’t need three new blenders and multiple shiny toasters from family and friends!  Now days, many brides are opting for creative new ways to celebrate their impending weddings.  Recently, I received a letter from Hilda Godges, the proud mother of a bride-to-be, who told me about her daughter Jenelle’s bridal shower that quite literally went to the dogs!

Let me backtrack just a bit.  About eight years ago, Jenell adopted a handsome Pit Bull Terrier from the Irvine Animal Care Center.  “Quade” became the love of Jenelle’s life—no offense to her fiancé, Jeff Bader!  Because of the bad reputation that Pit Bulls have, Jenelle initially hesitated to bring Quade home.  But his big terrier-smile and winning personality made her realize that dogs should never be judged by their breed; a dog that is loved will always be a loving dog.  In fact, Mom-Hilda was so impressed by Quade, that she too adopted a Pit Bull mix that she adores. 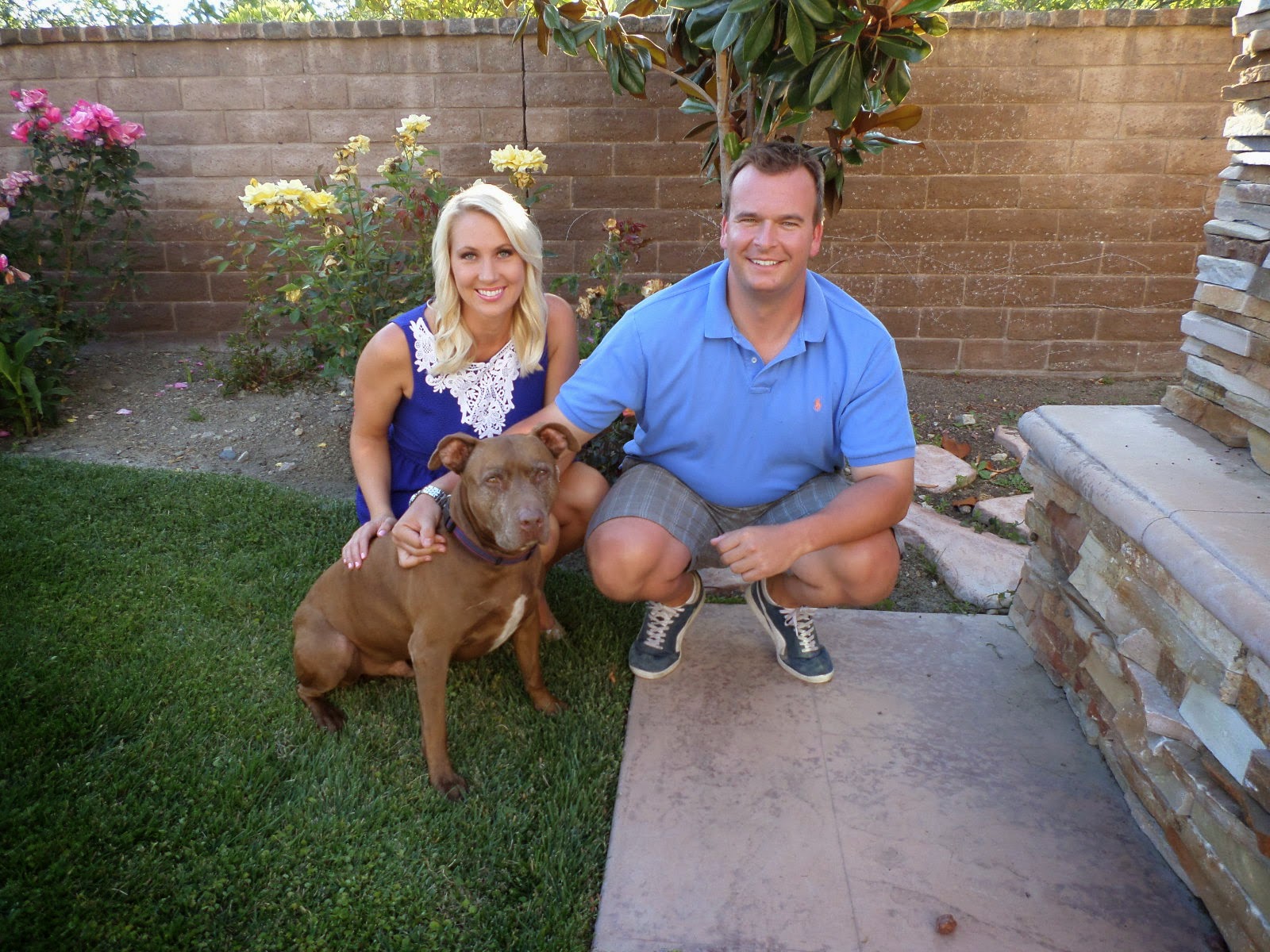 Quade has been Jenelle’s constant companion, running buddy, and fellow people-watcher.  But with the passing of time, Quade—now suffering from arthritis—has begun to slow down, and settle for a couple walks a day, sunbathing, and handouts from Jeff as he barbecues dinners in the back yard.   His loving temperament continues to win people over and he is an outstanding ambassador for Pit Bulls everywhere and homeless pets in shelters.

Jenelle remembers the moment she first saw Quade at the shelter; and when she thought of all the other homeless pets that are still waiting for their forever families—sad, lonely, confused, and there only because humans from their “past lives” have let them down—she realized she wanted to do something to make their waiting a little easier.

So she and her bridesmaids brainstormed and decided that Jenelle would have a wedding shower fit for a dog! Invitations went out and guests were asked to bring donations for the homeless pets of the Irvine Animal Care Center.  Jenelle could not believe the response!

While Quade looked on approvingly as friends and family paraded through the door with donation after donation, Jenelle’s heart was filled with happiness and amazement!  She couldn’t stop smiling.  All Hilda could say in response to the sheer amount of donations was, “Happy, Happy, Happy!” 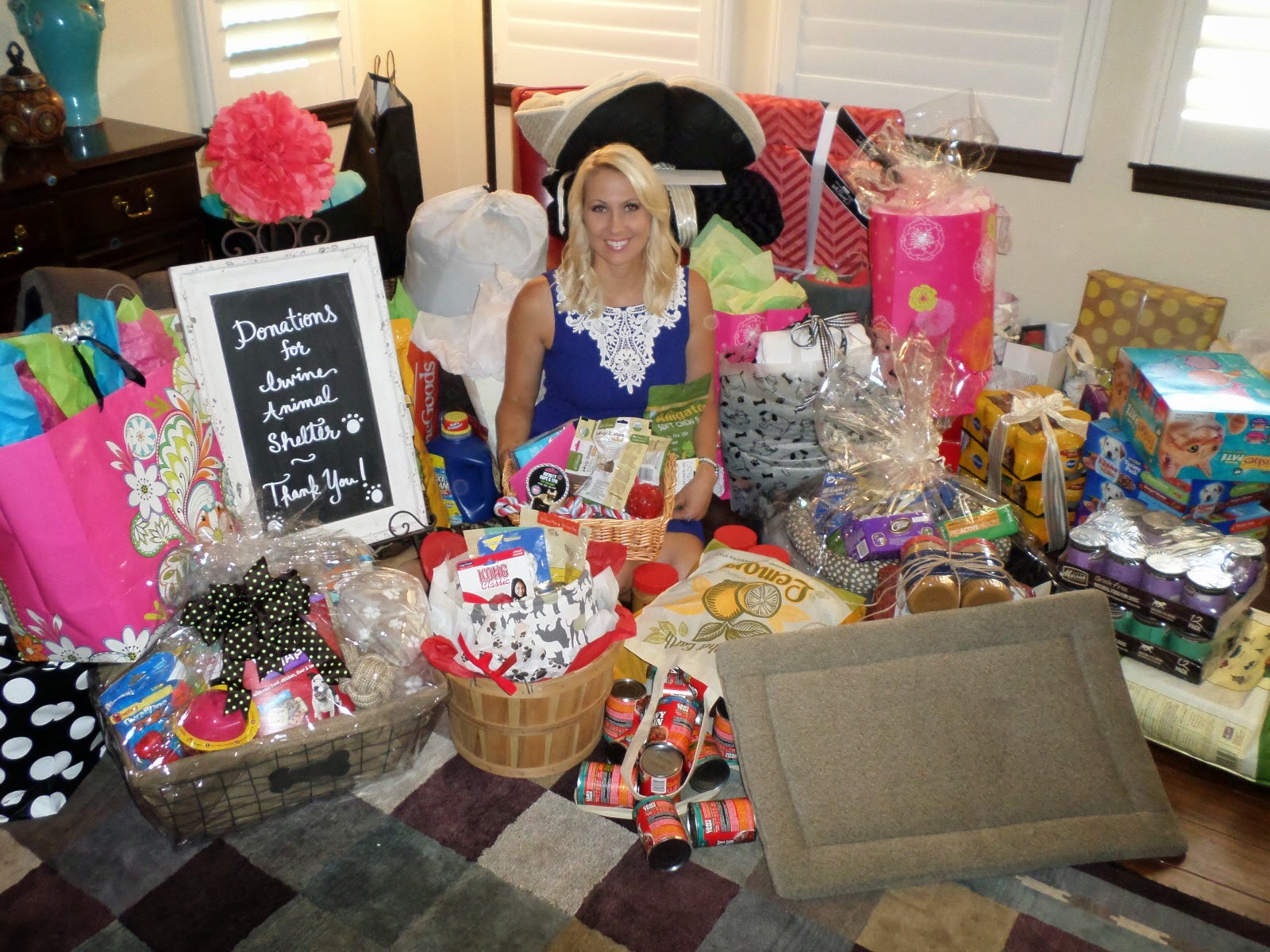 Jenelle mentioned to me that the summer is generally considered to be “wedding season.”  She hopes that other brides-to-be would see this as a unique twist on the “traditional” bridal shower and choose to support a shelter or rescue for their own pre-wedding extravaganza.  She added that the guests in attendance at her party all talked about how good it felt to donate a gift to a homeless pet in a shelter.

I want to thank Jenelle and her mother Hilda for sharing this brilliant and compassionate idea.  I know the homeless pets who receive these items will feel the love and comfort that come from having a “special something” while enduring the stressful circumstances of being in a shelter; and that might be all they need to gain enough confidence to give an extraordinary dog smile or kitty purr to someone looking to adopt a furry companion.